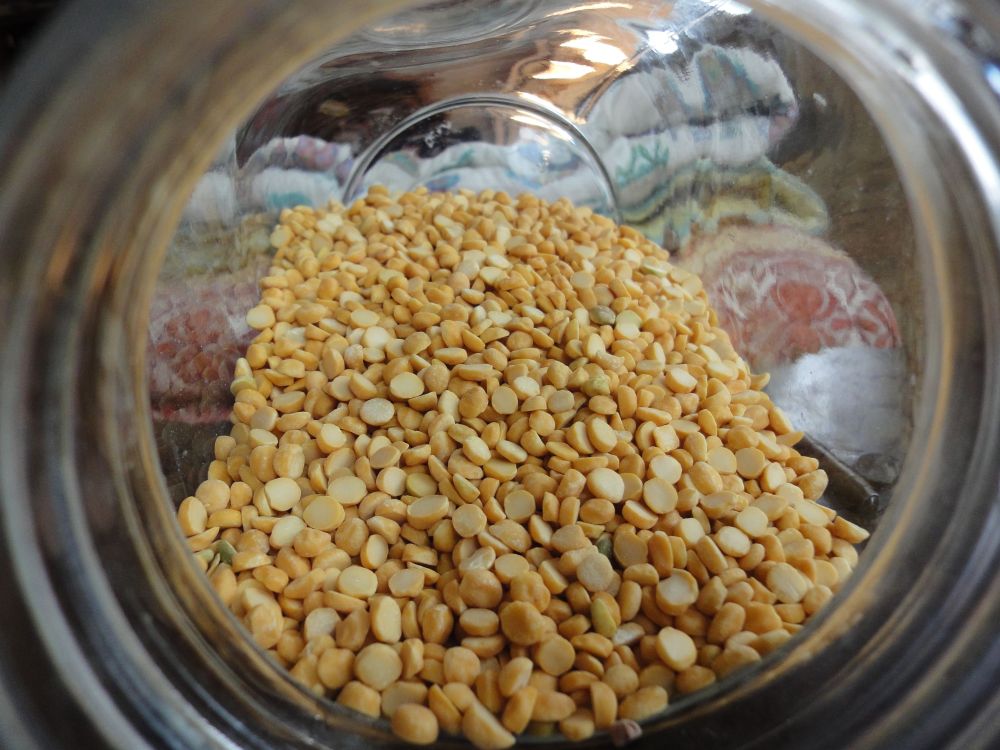 I’m from Calcutta, but I’m new to Bengali food.  I think it’s because I grew up eating North Indian food cooked at home – my mom frowned upon eating out in restaurants when we were growing up, and beyond one or two invitations to meals at my friend Pramita’s home, I don’t think I ever tasted authentic Bengali food.  When I visit Calcutta now, I try to eat Bengali food as much as I can at local eateries.  I also try to pester Sadhana, my mother’s cook, to make traditional Bengali favorites for me: mochar ghonto (a preparation of banana flowers), pui saag (a type of green), aloo dum (potatoes in a spicy sauce) served with cholar dal and puffy fried bread called luchis.

This recipe for easy Bengali style chana dal called cholar dal, is an attempt to recreate those flavors with excellent guidance from a new book called Calcutta Kitchen that I bought on my last trip.  This comforting mildly sweet dal tastes of cinnamon and fennel from the panchphoran mixture used to temper the oil.  The delicate fragrance of the tarka ingredients complement the nutty creaminess of the chana dal.  Cholar dal can be made with or without the addition of bits of coconut.  It’s delicious either way.

1 cup chana dal, soaked for 1 hour and cooked in the pressure cooker until soft

1. Heat the ghee in a pot.  When the ghee is hot, add the cinnamon stick, whole dried chilli, bay leaves, and panchphoran. Allow the panchphoran to sputter for a few seconds.

2. Add the boiled dal, along with enough water to make the dal soupy, and the turmeric, sugar and salt.  Stir and bring to boil.  Reduce heat, and allow to simmer for a few minutes.  Add the pinch of garam masala.  Serve hot.